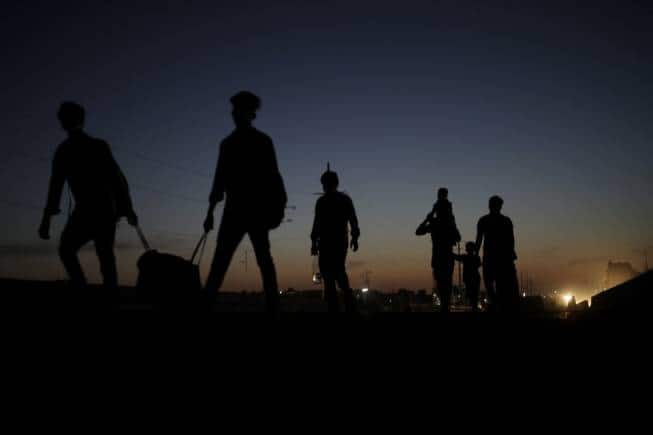 Indians are on the move again but this time it is very different than in the past. The interaction of economic and social processes due to the Covid19 onslaught is triggering two different types of migrations that can have significant ramifications on lives and livelihoods, as well as divergence of income and consumption gaps across states.

Let us look at the internal migration that continues to unfold. As per the 2011 Census, there were as many as 51million migrants who stated economic reasons for migration. This number has grown by 4.5 percent every year between 2001 and 2011 as against a population growth of ~1.5 percent and twice as fast as the growth in migrant stock seen during 2001-11. Assuming a similar growth since 2011 would put the stock of migrants for economic reasons at 76million in 2020 – more than 15 percent of the workforce. Other alternative estimates place the share of migrants in the workforce between 17 percent and 29 percent – this implies the number of migrant workers at ~80-145million.

The Economic Survey 2016-17 had estimated average annual net flows of ~9 million migrants at the all-India level between FY12 and FY16. Uttar Pradesh was the largest labour supplying state with ~15mn out-migrants, followed by Bihar, Jharkhand and Madhya Pradesh. UP and Bihar alone accounted for half of the total out-migrants, while the Delhi region, Maharashtra, Goa and Tamil Nadu had major net in-migration. Domestic remittances serve 10 per cent of households in rural India and finance over 30 per cent of household consumption in remittance-receiving households.

Now, consider the tale of external migration which pales in comparison to the internal one but is equally important. As many as 16.4 million Indians live abroad, in nearly every country in the world. More than half of these migrants are in the Gulf and another 25 percent are in the US, UK, Australia and Canada. These people cumulatively sent remittances of ~US$ 76billion last year, and such flows have been crucial for India’s macro-economic stability, offsetting as much as ~45 percent of India’s merchandise trade deficit over the last five years. The RBI estimates that as much as 59 percent of these flows are used to support families, with 20 percent deposited in banks and ~8 percent used for investing (land & equities).

These migrant NRIs are likely to see setbacks in the form of job losses and pay cuts as their adopted countries struggle to recover and cope in the aftermath of COVID-19. Besides, while the stock of these workers may reduce, the fresh outflow will certainly get affected for a number of years owing to protectionism and weak demand. These trends are going to bite at home, in the form of reduced remittance flows.

The intra-India regional disparity of foreign remittance flows is quite stark as some regions depend more on such money than the others. Just four states – Kerala, Maharashtra, Karnataka, Tamil Nadu and Delhi – account for ~65 percent of the total remittances to India.

Kerala, in particular, receives 20 percent of these flows, i.e. over INR 1trillion – equivalent to 13 percent of its Gross State Domestic Product – and is expected to be the worst affected. More so, because 2.4million of Kerala’s migrant NRIs are in the oil dependent Gulf countries, which have been hit harder owing to the sharp fall in crude prices.

Remittances account for 3.4 percent Maharashtra’s GSDP, 5.7 percent of Karnataka’s GSDP, 2.3 percent of Tamil Nadu’s and ~4.5 percent of Delhi’s GSDP. While these numbers don’t seem large, the remittance flows to these four states amounts to ~INR 2.4trillion.

So, what are the implications of the twin migrations?

Hence the respective state governments will have to tailor their policies to mitigate the impact on incomes and consumption.

Similarly, the centre may well have to recalibrate its allocation strategy, especially schemes such as MNREGS, which has just been raised by another Rs 400 bn to provide employment opportunities to workers who have migrated to their villages in the short term.

Overall, while India has reaped enormous gains out of the two streams of migration in the past, it must now be ready to cope with the reversal.

Fed Expects Interest Rates To Remain Near Zero Through 2022

While the Federal Reserve expects the U.S. economy to rebound in 2021 following a sharp contraction this year due to…