According to the Double Buys page, a Premium feature of GuruFocus, five stocks that had multiple guru and insider buys during the second quarter are PennyMac Financial Services inc. (

Legendary Fidelity Magellan Fund manager Peter Lynch said that while company insiders may sell shares for several reasons, board members and directors buy shares for a single reason: They believe their company’s stock is due to increase in value. GuruFocus’ research articles further suggest that stocks with multiple insider buys over the past three months signaled gains to come. Conviction is increased when gurus are also buying shares.

As such, investors may find opportunities in companies in which multiple gurus and insiders during the past three months. The Double Buys page listed five companies that had at least two guru buys and six insider buys since April.

PFSI, Financial) over the past three months. The aggregate number of shares purchased is 4,393,659.

GuruFocus ranks the Westlake Village, California-based financial service company’s profitability 8 out of 10 on several positive investing signs, which include a return on equity that outperforms over 95% of global competitors and an operating margin that has increased approximately 3.9% per year on average over the past five years. 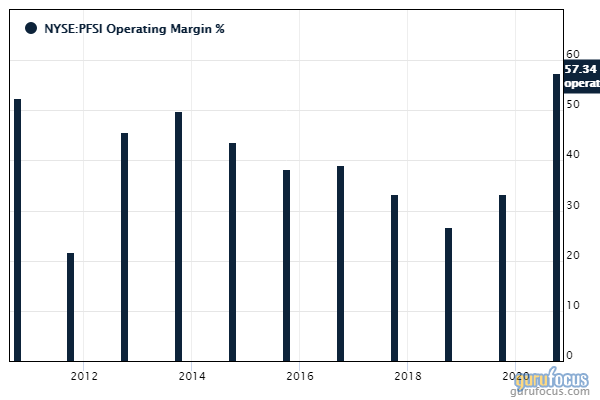 SNSE, Financial) during the past three months. The aggregate number of shares purchased is 50,550.

The Rockville, Maryland-based company engages in clinical-stage developments for immunotherapy treatments. According to GuruFocus, the company’s cash-to-debt ratio of 29.27 outperforms over 60% of global competitors, suggesting good financial strength. 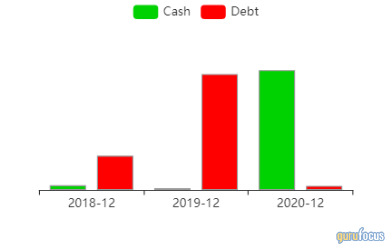 HAYW, Financial) during the past three months. The total number of shares purchased is 35,050. 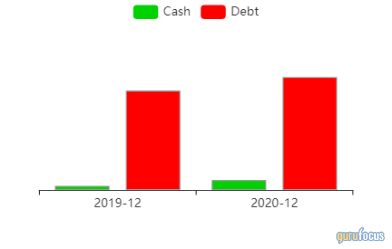 Two gurus purchased shares of Hayward during the past few months.

VST, Financial) during the past three months. The total number of shares purchased is 151,560.

GuruFocus ranks the Irving, Texas-based power company’s financial strength 2 out of 10 on several warning signs, which include a weak Altman Z-score of 0.34 and interest coverage and debt ratios underperforming more than 72% of global competitors. 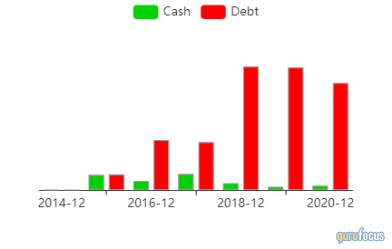 Four gurus purchased shares of Vistra during the past three months.

PTON, Financial) during the past three months. The total number of shares purchased is 457,317.

The New York-based company manufactures fitness equipment and operates an interactive fitness platform. GuruFocus ranks Peloton’s financial strength 6 out of 10: Even though debt ratios underperforms more than 58% of global competitors, Peloton has a double-digit interest coverage ratio and a strong Altman Z-score of 8.55. 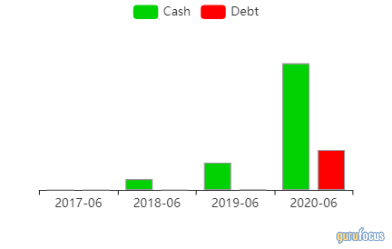 Five gurus purchased shares of Peloton during the past three months.

Apple Stock Is Believed To Be Significantly Overvalued

The stock of Apple (NAS:AAPL, 30-year Financials) shows every sign of being significantly overvalued, according to GuruFocus Value calculation. GuruFocus…