Each year on April 22, investors celebrate Earth Day as a reminder that one should help protect the environment and live a sustainable life.

As such, investors may find opportunities in solar stocks with a high GF Score. GuruFocus’ exclusive grading system considers five key aspects of a company’s fundamental criteria: financial strength, profitability, growth, valuation and momentum. Each rank is scored between 1 to 10, with 10 as the highest rank.

The overall GF Score ranges from 0 to 100, with 100 as the highest rank. GuruFocus’ backtesting from 2006 to 2021 found that stocks with high GF Scores usually have higher outperformance potential than do stocks with low GF Scores.

SEDG, Financial) traded around $254.85, showing the stock is fairly valued based on Friday’s price-to-GF Value ratio of 1.06. 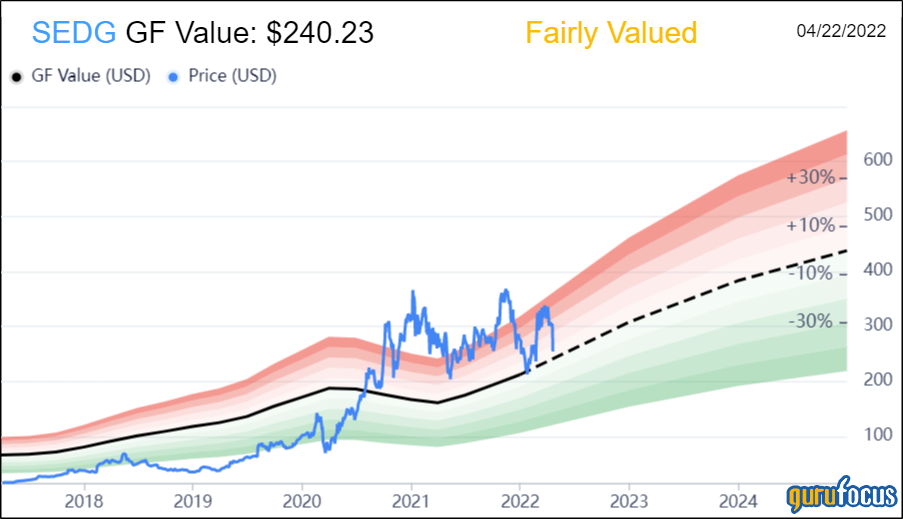 The Israeli solar company has a GF Score of 90 out of 100, driven on a rank of 9 out of 10 for growth and momentum and a rank between 7 and 8 out of 10 for financial strength and profitability, despite having a GF Value rank of just 5 out of 10. 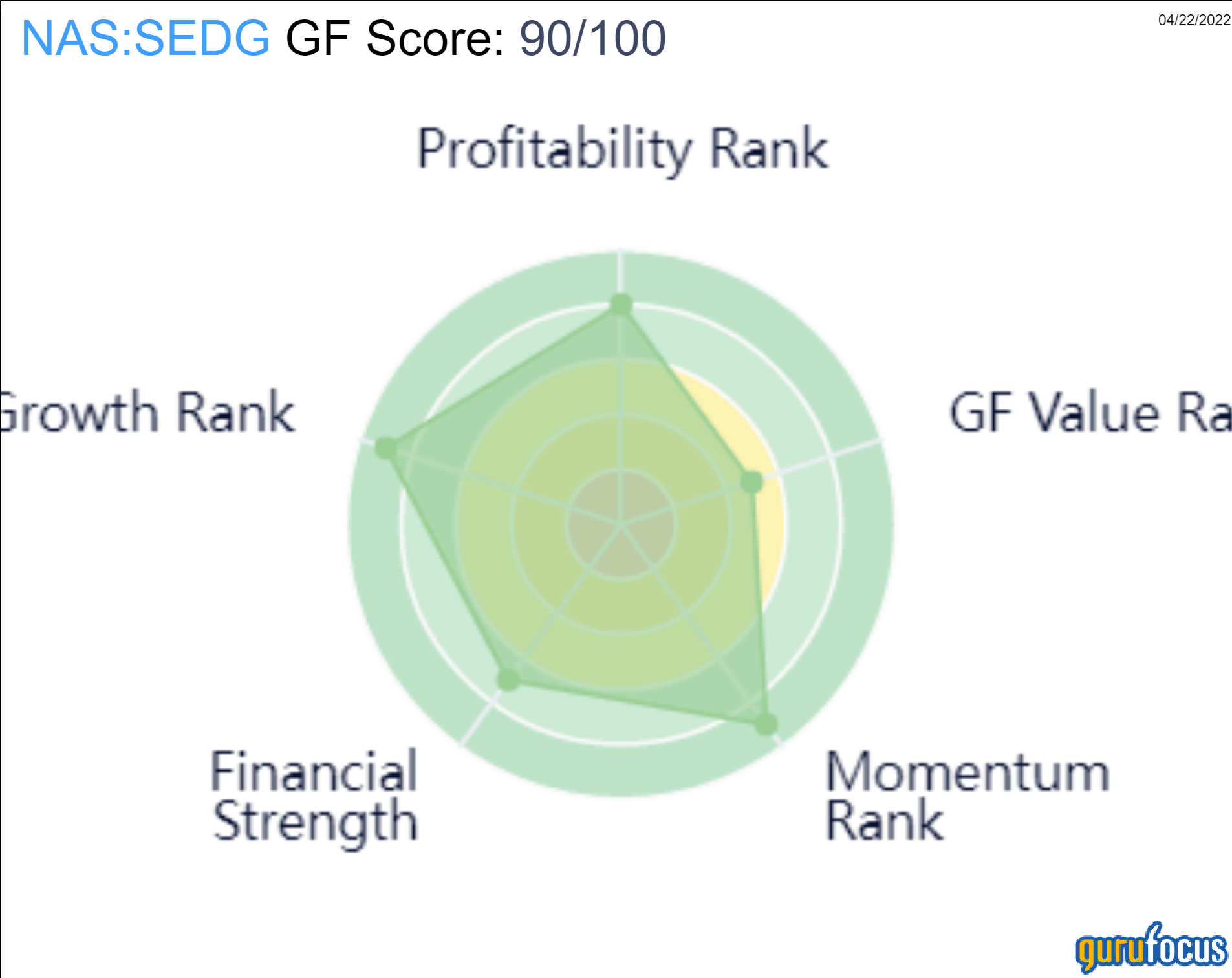 SolarEdge Technologies has a profitability rank of 8, driven by a three-year revenue growth rate that outperforms more than 80% of global competitors despite profit margins and returns outperforming just over half of global peers. 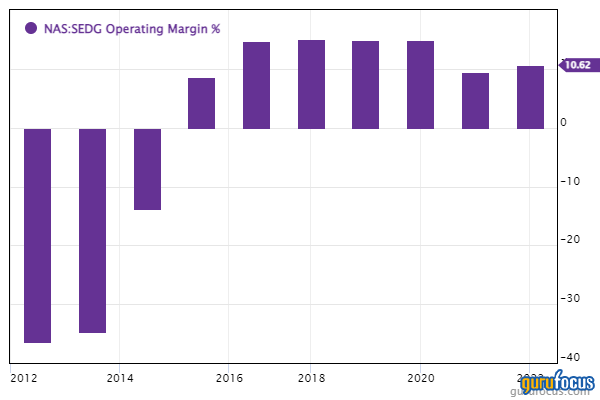 FSLR, Financial) traded around $73.46, showing the stock is fairly valued based on Friday’s price-to-GF Value ratio of approximately 1. 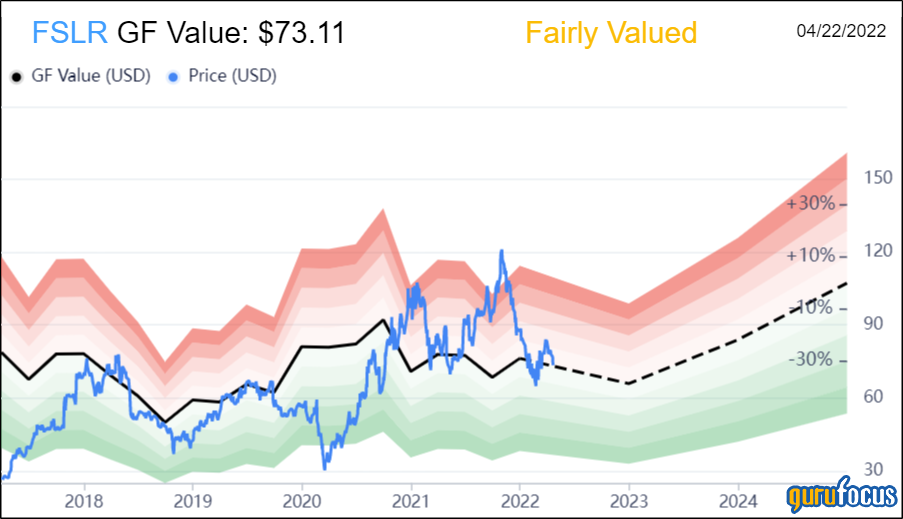 The Tempe, Arizona-based company has a GF Score of 79 out of 100, driven by a financial strength rank of 9 out of 10 and a rank between 6 and 7 out of 10 for GF Value, profitability and momentum, despite having a growth rank of just 4 out of 10. 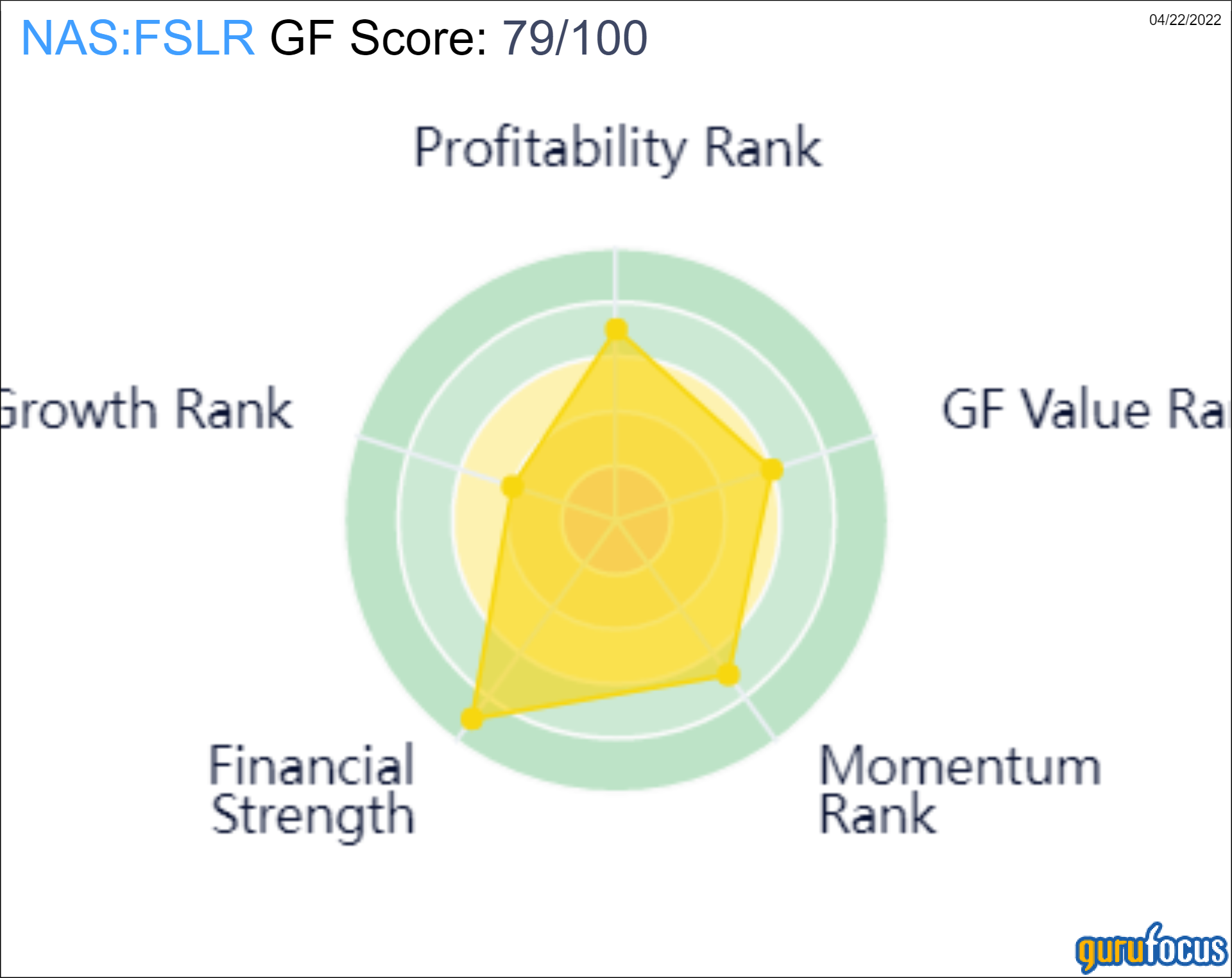 Gurus with holdings in First Solar include

CSIQ, Financial) traded around $30.56, showing the stock is modestly undervalued based on Friday’s price-to-GF Value ratio of 0.80. 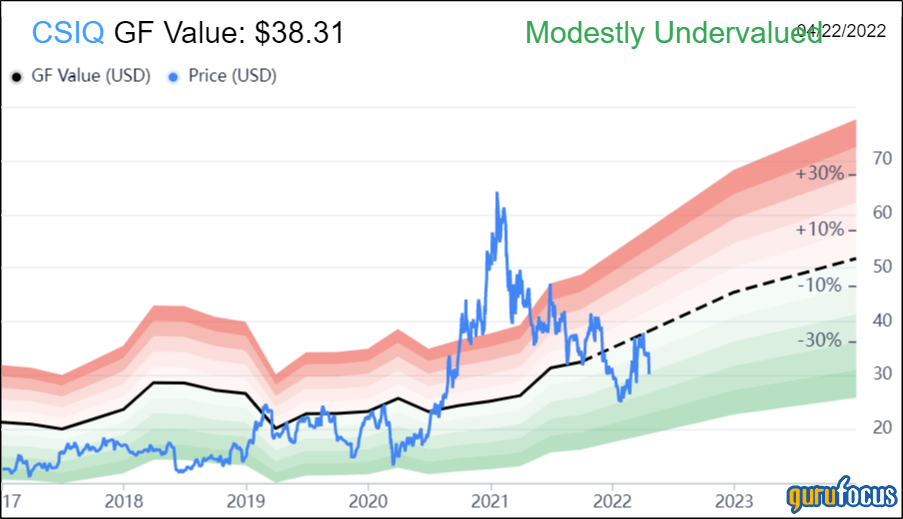 The Ontario-based company has a GF Score of 77 out of 100. Although the company’s GF Value ranks 10 out of 10, Candian Solar has a rank between 5 and 6 for financial strength, profitability, growth and momentum. 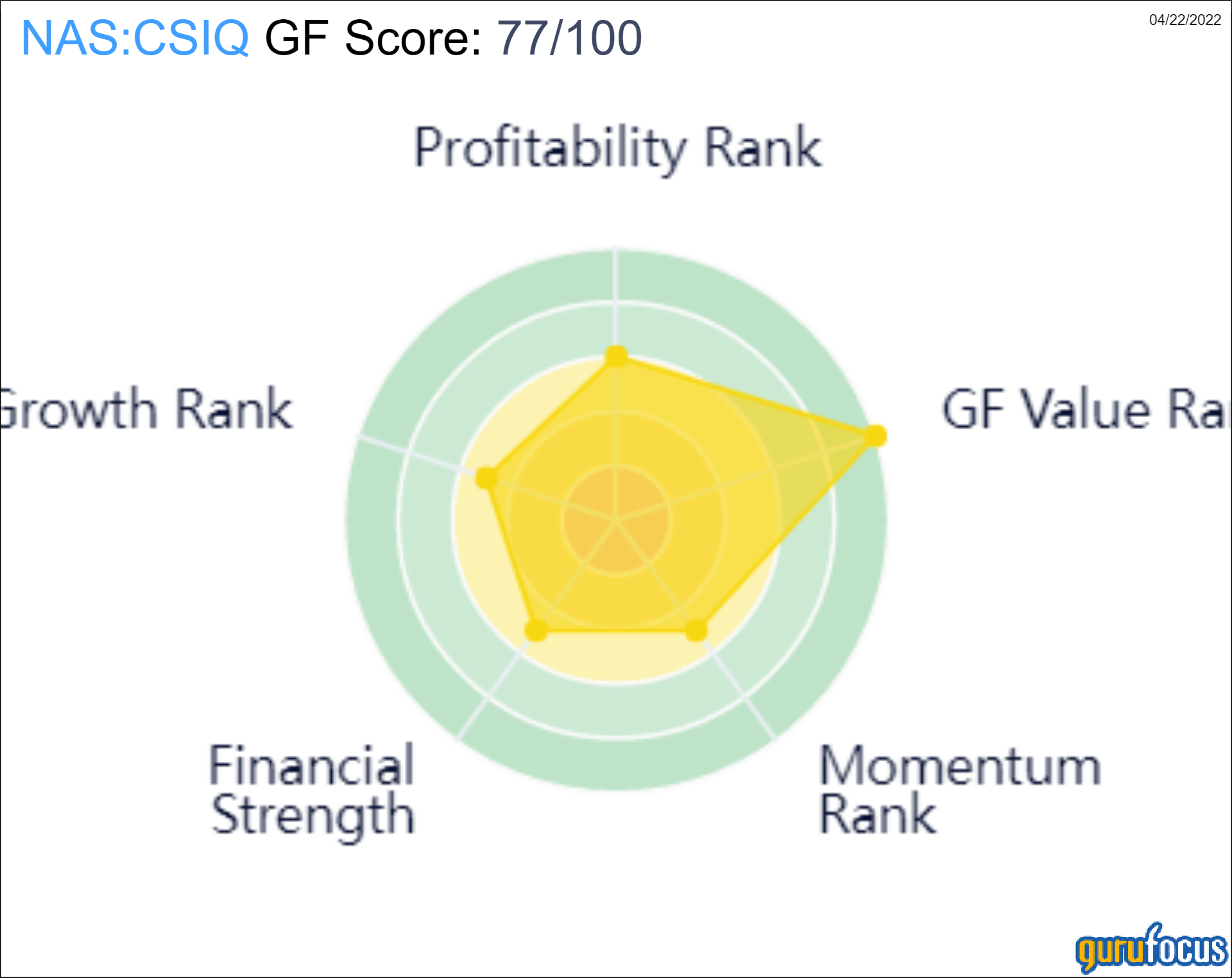 Gurus with holdings in Canadian Solar include

ENPH, Financial) traded around $152.69, showing the stock is modestly overvalued based on Friday’s price-to-GF Value ratio of 1.14. 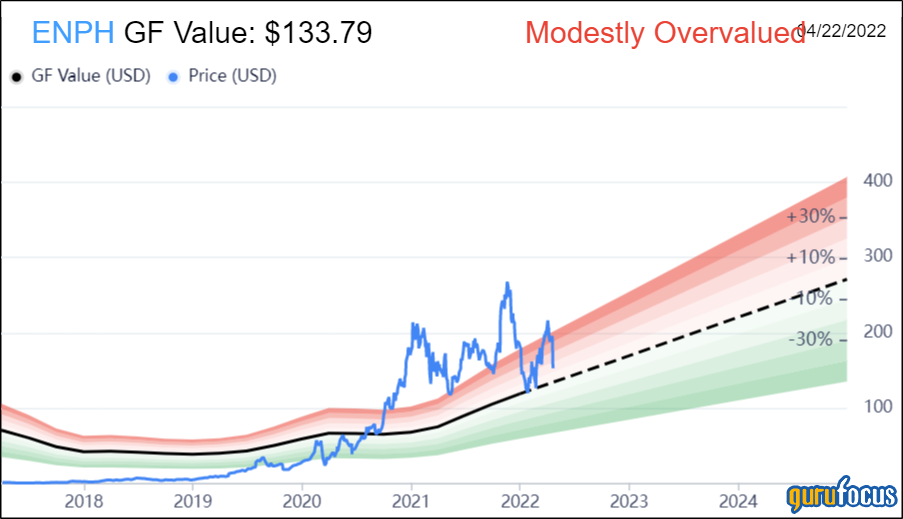 The Fremont, California-based company has a GF Score of 74 out of 100, driven by a rank between 6 and 8 out of 10 for momentum, growth and financial strength despite profitability and GF Value ranking between 3 and 4 out of 10. 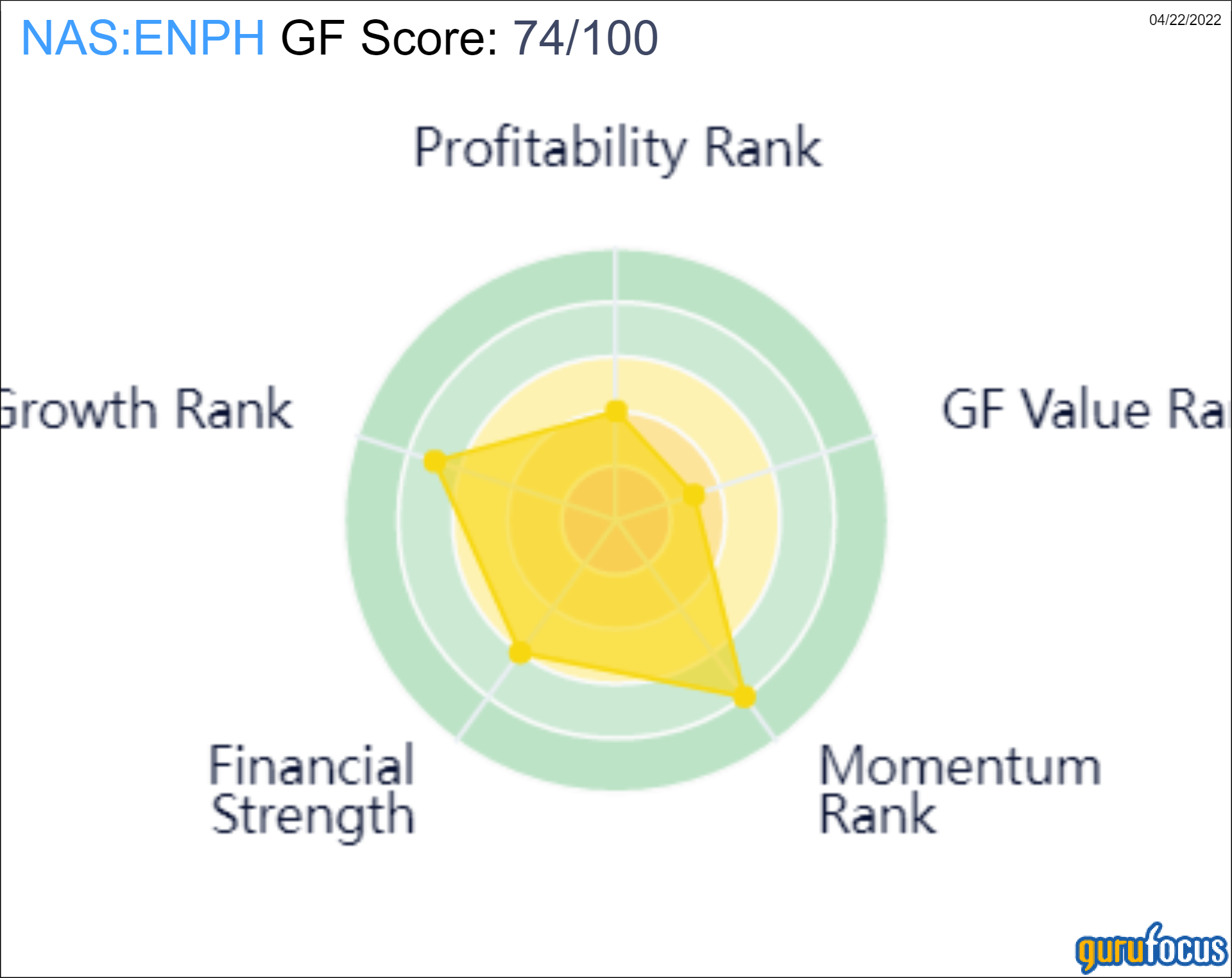 RUN, Financial) traded around $20.16, showing the stock is significantly undervalued based on Friday’s price-to-GF Value ratio of 0.58. 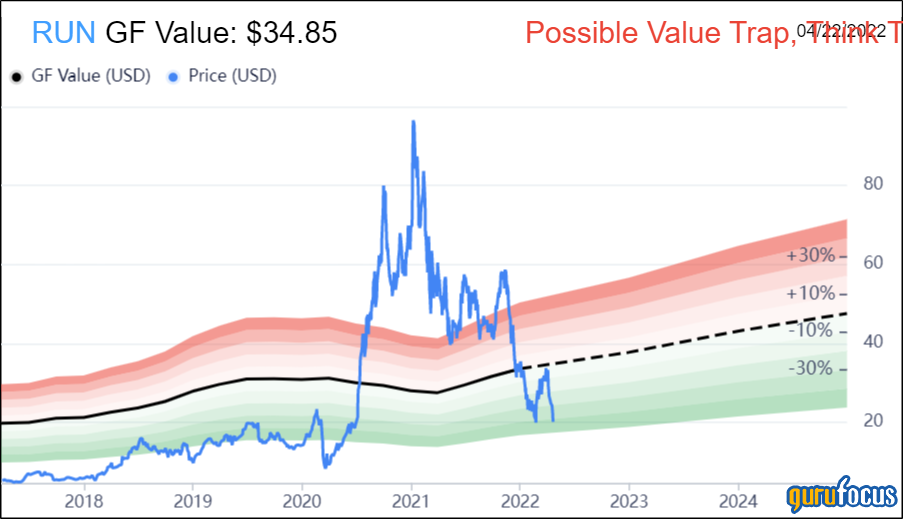 The San Francisco-based company has a GF Score of 71 out of 100 on the back of a GF Value rank of 8 out of 10 and a growth rank of 6 out of 10 despite financial strength, profitability and momentum ranking between 3 and 5 out of 10. 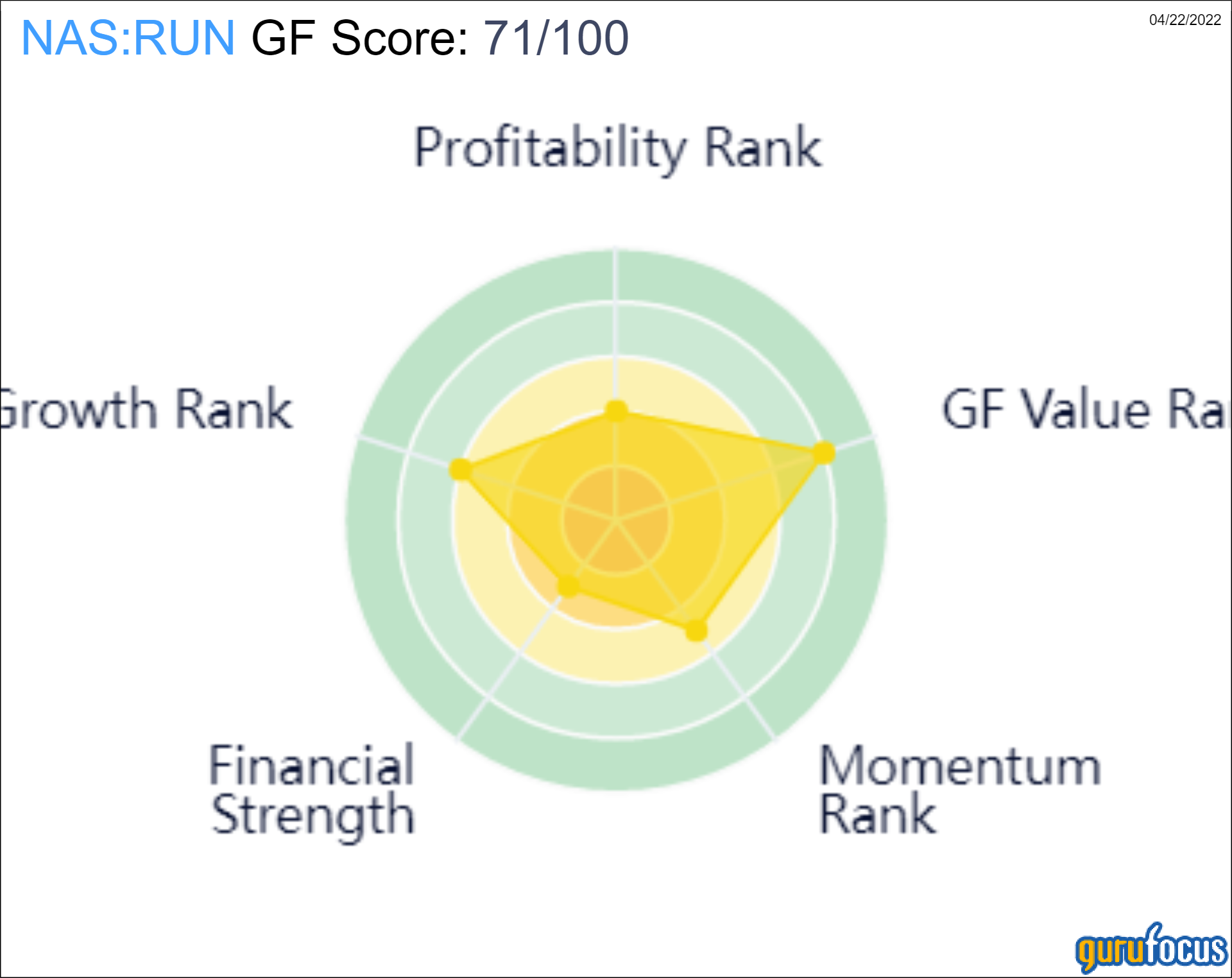 Gurus with holdings in Sunrun include

GuruFocus had the pleasure of hosting a presentation with John Dorfman, the chairman of Dorfman Value Investing LLC. The Boston,…

Over the past year, the U.S. stock market has charged higher and higher as the economy has recovered from the…