With the S&P 500 up 30.65% year over year and the Buffett Indicator showing the U.S. stock market as “significantly overvalued” with an implied future return of -2.5% per year, it may feel like there are no more value opportunities left.

Indeed, it’s difficult to find value in a market where near-zero interest rates and aggressive quantitative easing measures have driven up asset prices to eye-watering premiums, even as the underlying economy continues to suffer from a global pandemic, supply chain issues, climate change and semiconductor shortages, just to name a few headwinds.

“The value stocks outside the U.S. are not too bad,” said GMO LLC’s

However, even if the overall market is overvalued, there are still some potential value opportunities among U.S.-listed stocks. These names have fallen out of favor due to various reasons, but they still appear in the portfolios of several of the Premium gurus followed by GuruFocus, indicating that fund managers are confident in their prospects.

According to the GuruFocus All-in-One screener, a Premium feature, the following five stocks are trading within 10% of their 52-week lows and are owned by at least 20 gurus. 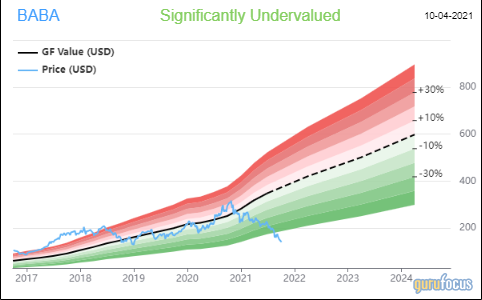 Among the Premium gurus followed by GuruFocus, 44 own shares of Alibaba, including

Alibaba’s stock has lost a lot of steam as Chinese regulators have been cracking down on big tech due to antitrust and data security concerns. New regulations are still in the works, and it is unclear how they will affect the profitability and future of Alibaba and other tech companies. Many institutional investors remain confident that once the dust has settled, Alibaba will return to its previous growth trajectory; after all, restricting tech growth would also restrict economic growth. However, everything is still very much up in the air, so the stock has floundered.

One of the world’s largest pharmaceutical companies, Bristol-Myers Squibb Co. ( 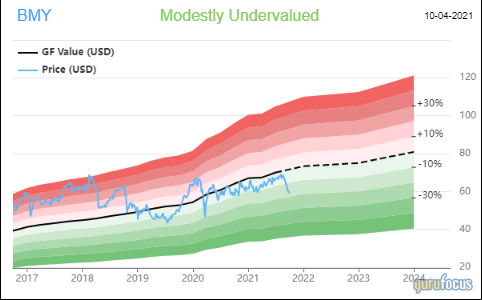 Among the Premium gurus followed by GuruFocus, 27 own shares of Bristol-Myers Squibb, including Dodge & Cox with 1.28% of shares outstanding, the

Bristol-Myers Squibb is a classic case of the stock market dramatically overreacting to proposed legislation. A bill to allow Medicare to negotiate drug prices with pharmaceutical companies is in the works in the U.S. House of Representatives. If it makes its way through Congress and is signed into law, it is estimated that it could cost the U.S. pharmaceutical industry up to $50 billion in annual revenues. For comparison, the industry generated $539 billion in revenue last year. Considering the fact that 37% of Bristol-Myers Squibb’s revenue is generated outside the U.S., we get a worst-case scenario of 6% revenue loss, assuming the company doesn’t grow even the slightest. Also, more people would be able to afford medication if it was cheaper, which could reduce the revenue impact. 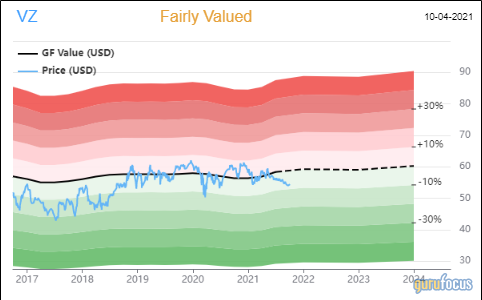 Among the Premium gurus followed by GuruFocus, 25 own shares of Verizon, including Buffett with 3.84% of shares outstanding, Pioneer Investments with 0.18% and

Diamond Hill Capital (Trades, Portfolio) with 0.10%. More gurus have been buying the stock than selling it in recent quarters.

Verizon has lagged its major U.S. competitors in terms of postpaid phone additions recently, and investors are becoming more wary of the telecommunications industry in general due to the high investments in new technology required just in order to maintain market share. However, Verizon still has a dividend yield of 4.61%, and 5G adoption is still in its early stages. Thus, the company will likely see better returns on its 5G investments going forward, and in the meantime, investors can enjoy a solid dividend. 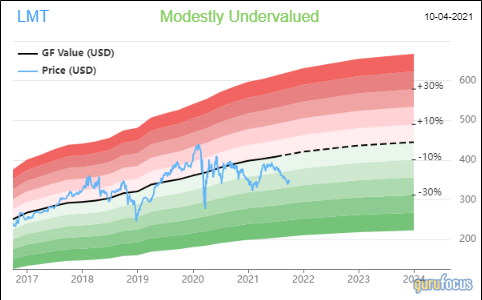 Among the Premium gurus followed by GuruFocus, 22 own shares of Lockheed Martin, including

Pandemic-related production breaks have been a cause for concern among Lockheed Martin shareholders, as has a 61 cents per-share charge related to “performance issues experienced on a classified program” that the company reported on its second-quarter earnings. Charges of unknown origin can cause stocks to drop because they represent a huge point of uncertainty. Based on comments from Lockheed’s CEO, it seems the company expects that the reason behind this charge will be value-accretive for the company, but for now, the public is in the dark. 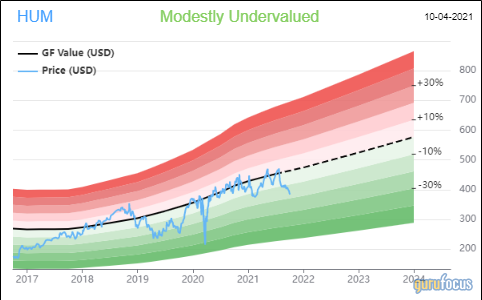 Among the Premium gurus followed by GuruFocus, 20 own shares of Humana, including the

Humana has undertaken a variety of humanitarian projects during the Covid-19 pandemic, including “wavier of Medicare Advantage cost sharing, including for primary care and COVID-19 treatment, delivery of meals, masks and preventative tests to our members, in-home assessments, investments in programs to assist underserved communities, and efforts to ease the financial burden for our provider partners,” according to CEO Bruce Boussard. This has perhaps unfairly weighed down market opinion of the company’s ability to generate earnings. The company claims this impact will be washed out by the end of 2021, which should accelerate earnings growth.

Nearly three years since I wrote an article for GuruFocus speculating that Johnson & Johnson ( JNJ, Financial) might be…