With 2021 coming to a close, investors are looking ahead to a new year and are searching for new value opportunities to take advantage of.

Despite headwinds from new variants of the Covid-19 virus, supply chain disruptions and rising inflation causing concern, investors may find value prospects among industrial companies that outperformed the Standard & Poor’s 500 Index by at least 20% over the past 12 months.

According to GuruFocus’ Industry Overview, sectors in this portion of the market include industrial products, transportation, aerospace and defense and business services, among others. 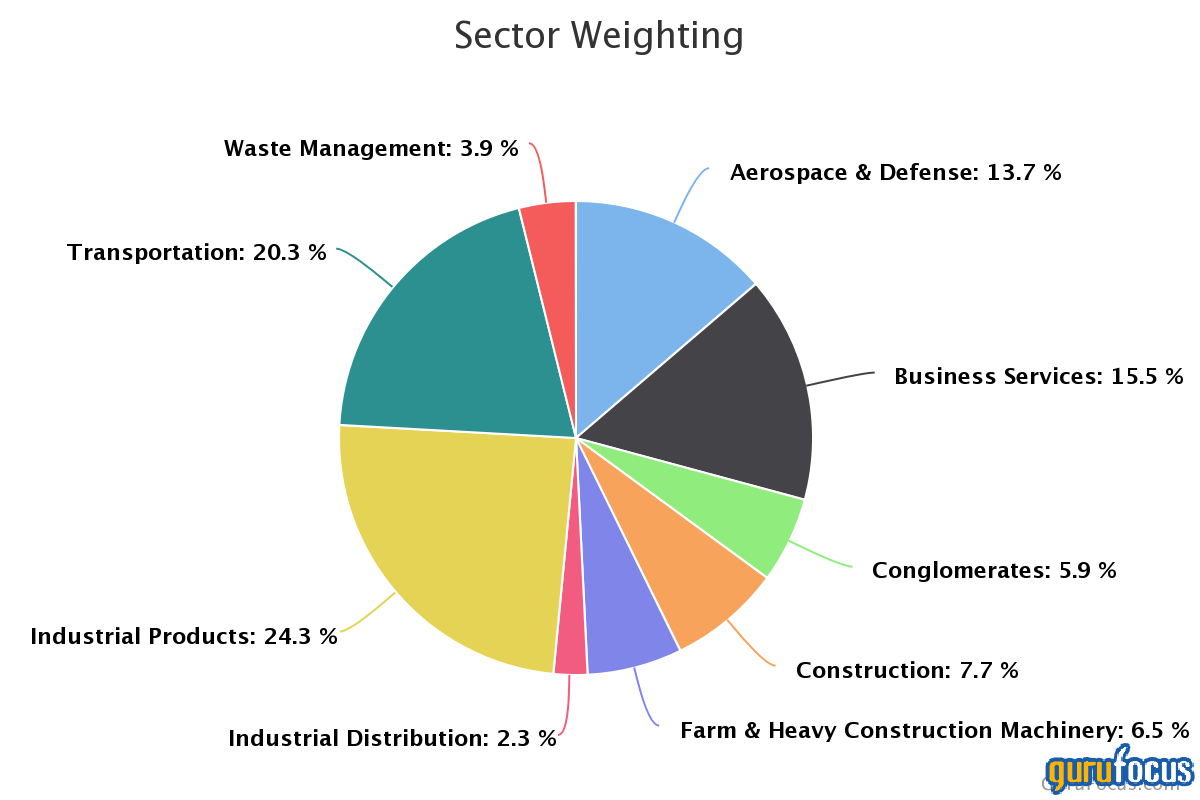 As of Dec. 29, the GuruFocus All-in-One Screener, a Premium feature, found several stocks that had a higher return relative to the index for the period. It also looked for companies with a business predictability rank of at least one out of five stars, a 10-year revenue per share growth rate of at least 1% and a price-earnings ratio below 15.

Stocks that met these criteria as were Amerco Inc. (

The benchmark index has posted a return of roughly 27.46% for the year.

Outperforming the index by approximately 30.94% over the past 12 months, Amerco (

The Peter Lynch chart suggests the stock is undervalued. 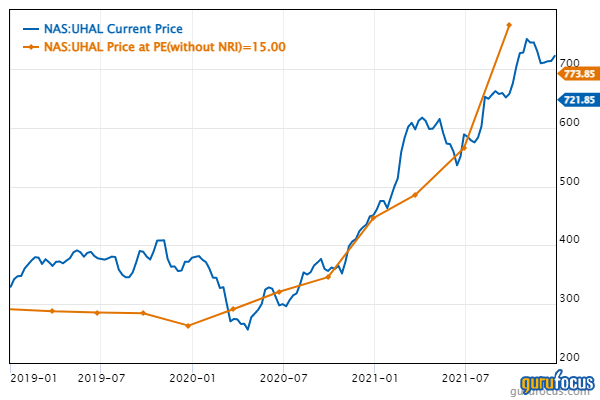 The Reno, Nevada-based company, which owns rental truck operator U-Haul, has a GuruFocus financial strength rating of 4 out of 10. Despite issuing approximately $1.5 billion in new long-term debt, it is at a manageable level due to adequate interest coverage. The low Altman Z-Score of 2, however, indicates it is under some pressure since assets are building up at a faster rate than revenue is growing. The return on invested capital also overshadows the weighted average cost of capital, indicating value creation in occurring as the company grows.

Amerco’s profitability scored an 8 out of 10 rating. Despite having a declining operating margin, it is supported by returns on equity, assets and capital that outperform over half of its competitors. The company also has a high Piotroski F-Score of 8 out of 9, which suggests business conditions are healthy, while consistent earnings and revenue growth contributed to a predictability rank of 3.5 out of five stars. According to GuruFocus, companies with this rank return an average of 9.3% annually over a 10-year period.

Of the gurus invested in Amerco,

Beating the benchmark by around 71.64%% over the past year, Builders FirstSource (

According to the Peter Lynch chart, the stock is undervalued. 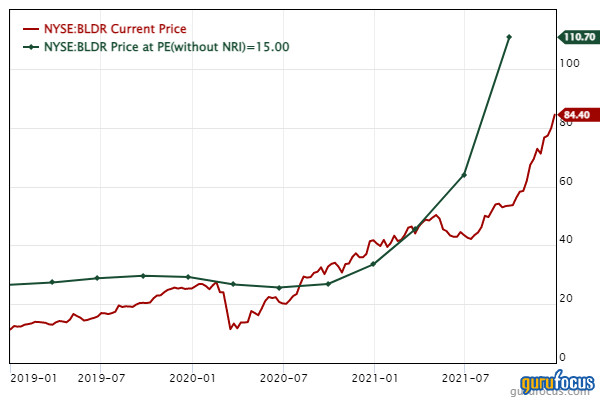 Headquartered in Dallas, the company manufactures and supplies building materials and prefabricated components. Its financial strength was rated 6 out of 10 by GuruFocus on the back of a high Altman Z-Score of 4.49. Although the company has issued new long-term debt in recent years, it is at a manageable level due to sufficient interest coverage. The ROIC also eclipses the WACC, indicating value creation is occurring.

Builders FirstSource’s profitability fared even better with a 7 out of 10 rating, driven by operating margin expansion, strong returns that top a majority of industry peers and a high Piotrsoksi F-Score of 7. It also has a one-star predictability rank. GuruFocus says companies with this rank return an average of 1.1% annually.

Based on the Peter Lynch chart, the stock appears to be undervalued. 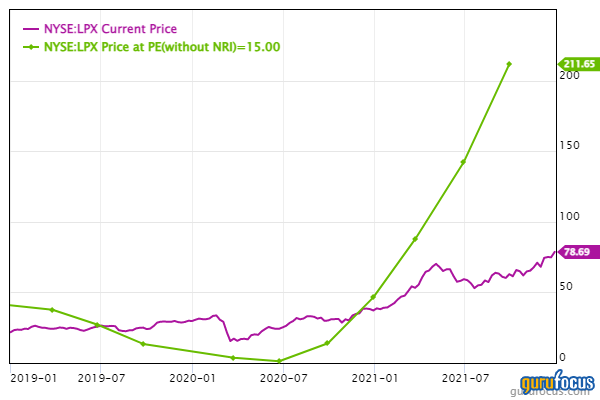 The Nashville, Tennessee-based building materials manufacturer’s financial strength and profitability were both rated 7 out of 10 by GuruFocus. In addition to a comfortable level of interest coverage, the company is supported by a robust Altman Z-Score of 9.57 that indicates it is in good standing. The ROIC also exceeds the WACC, so value is being created.

Louisiana-Pacific is being supported by strong margins and returns that outperform a majority of competitors. It also has a high Piotroski F-Score of 8 and a one-star predictability rank.

Pioneer Investments is the company’s largest guru shareholder with 0.28% of its outstanding shares. Cohen, Simons’ firm,

Tupperware Brands Corp. ( TUP, Financial) is a multi-level marketing company that focuses on household products. I’m bullish on the…